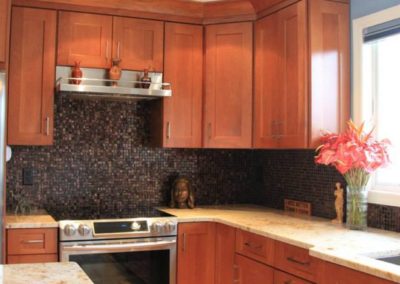 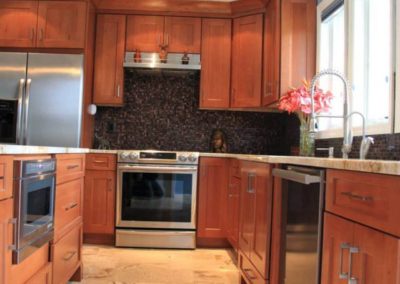 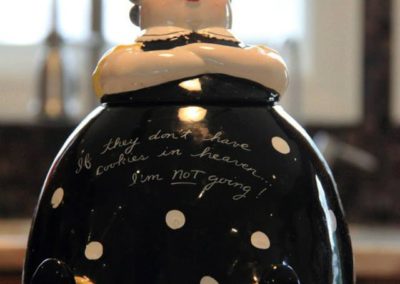 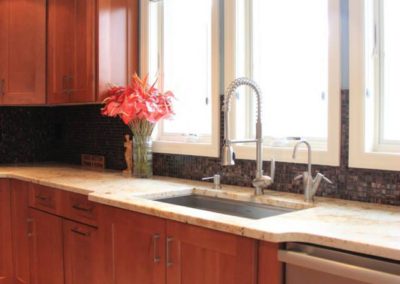 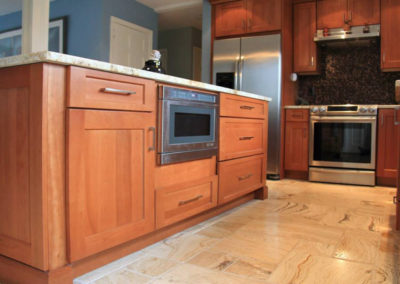 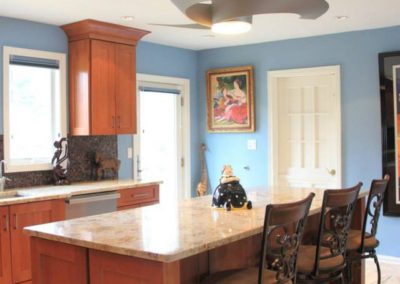 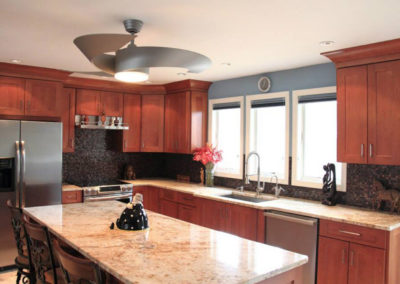 After hearing, “If you want to something special, Perry has to do it,” from close friends over the years, Amy and her best friend met with Perry Michael Reinstein, CKD at Evo Design Center to discuss her project. She explained how she loved animals and earth feels, she didn’t cook much but would love to have a place to sit and look out the windows. Perry Michael recommended removing the wall between the kitchen and dining nook to create a nice sized kitchen since she still was a formal dining room. There was one issue – the plan developed would require a large steel flush support beam, jacking up the house and installing three split windows so the beam could be supported between two of them. As far as style, initially Amy was very attracted to contemporary with exotic textures. As Perry Michael explained, “I would have loved to do an out-of-the-box crazy look but I didn’t think it was right all of the parameters Amy gave me.” He further stated, “She might not be in the house more than 5 to 10 years and it should be kept sellable.” Amy ended up doing a warm contemporary transitional style with Wellborn cherry wide-rail shaker cabinets, Colonial gold granite, deep radiant Puccini mosaic backsplash and French patterned chiseled travertine floor. This created a very warm, calming and peaceful environment. Opening up to the adjacent rooms gave the entire house a great socializing feel and a new life. “While this kitchen is not the mega-kitchen we see so often in magazines, it does represent a great kitchen that most of Long Island’s regular sized houses have,” said Perry Michael. “Most of all, it gave Amy her new love.”